NastiGi’s recent releases (So I Run, Love Your Enemy) have featured on some of Spotify’s premier Editorial playlists(All New Rock, New Noise, Rock Out, 100% Rock) and hitting over 1.48 Million streams and 640,000 listeners.
NastiGi has been at the Number 1 position for ReverbNation London & Regional Rock Chart and Number 1 for ReverbNation United Kingdom Rock chart.

NastiGi’s well-crafted songs are bursting with mainstream appeal. With solid melodies and extremely catchy choruses, they have ‘ear worm’ potential. Blending 90s Americana with their British rock roots, NastiGi’s trademark sound of melodic, powerful, alternative rock has already made them one of the hottest new acts on the London music scene. NastiGi’s recent releases (So I Run, Love Your Enemy) have featured on some of Spotify’s premier editorial playlists (All New Rock, New Noise, Rock Out, 100% Rock) and hitting over 1.45 Million streams and 637,000 listeners. NastiGi has been at the #1 position for ReverbNation London and Regional Rock Chart, and #1 for the entire United Kingdom rock chart.
Returning with a mix of raw energy, noisy guitar riffs, distorted bass and tight grooves, after playing two rock festivals, as well as securing radio plays and the video ‘Take Me As I Am’ is featured on IndieCast TV’s, ‘Pottersfield TV’ in USA, UK, Netherlands and South America.

Also featured on Lifoti Magazine,‘Metal In Italy’ & ‘Artistic Echoes’ web magazines amongst others ,NastiGi return with a cover song called “Don’t Box Me In” which is a collaboration between Stewart Copeland and Stan Ridgway. It was recorded as part of the soundtrack for the Francis Ford Coppola’s movie Rumble Fish and was subsequently released as a single.
NastiGi choose to cover it cause most of his life people tried to put him in a box because he is just too punk.
Gianluca, the band leader and songwriter, said “Back in 2015, I had been living with the absolute belief that I could never write a whole song by myself. In 2017, things started taking a different turn for me and I found myself as the one who was responsible for creating new material in my band back then, so I had to find a way. And, by 2018, I couldn’t believe I actually amassed enough material to release the whole album. Well, my self-confidence grew stronger each day, so I kept going! Today, it feels natural and so cool!”
NastiGi had three record-deal offers (iCottage Records, Cave music, and PA74music) during last year but still looking for THE right one to come.
Gianluca said “I believe that is only a matter of time until we get picked up by a major music industry label and see our music on the Billboard Hot 100”. 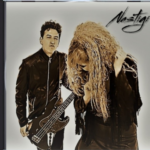 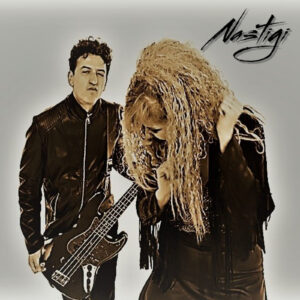 Shop
Submit Your Music For Free

Rock is not a choice – it’s a spirit and a feeling, and I am grateful that I have Rock ‘n’ Roll in my blood – NastiGi –